Skip to content
The year 2011 is the first year of the â€œTwelfth Five-Year Planâ€. China has also entered a tough period of deepening reform and opening up and accelerating the transformation of economic development methods. Along with the promulgation of the â€œTwelfth Five-Year Planâ€ outline, a series of favorable policies have also effectively promoted. The Chinese construction machinery industry is striding toward the goal of selling 900 billion yuan. Today, 2011 is about to pass. The editors of the China Construction Machinery Business Network sorted out the top ten policies affecting the development of the construction machinery industry from various major policies promulgated and implemented by the state.

Second, the new "State of the Eight" formally launched a new round of regulation of the property market January 26, 2011 The State Council announced the eight latest property market regulation and control policy, "New Country Eight" makes the third regulation finally surfaced, in which mortgages, two sets of loans The down payment was raised to 60%, and the purchase restriction order was also pushed to the nationwide implementation. It was the most severe real estate control policy. Since the "Circular of the State Council on Resolutely Curbing the Rapid Increase of House Prices in Some Cities" issued in April of last year, the real estate market has undergone positive changes, and the tendency of excessively rapid price increases has been initially contained. In order to consolidate and expand the regulatory achievements, gradually solve the housing problems of urban residents, continue to effectively curb investment speculative home purchases, and promote stable and healthy development of the real estate market, we must further improve the real estate market. The relevant policy measures determined by the meeting are referred to as "new eight countries."

Analysts pointed out that although the new "State of the eight" and the introduction of the real estate macro-control policies and regulations have gradually introduced, it will have a negative impact on the construction machinery industry, but the protection of housing will to some extent reduce the impact of real estate regulation. In addition, the increase in â€œNo. 1â€ water conservancy construction investment will also support the construction machinery industry. 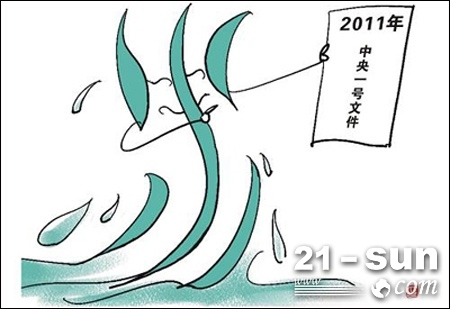 No. 1 Document 4 trillion water conservancy investment heating engineering machinery plate On January 29, the "Decision of the Central Committee of the CPC on Speeding up the Development and Reform of Water Conservancy" was formally announced. This is the 8th Central Document No. 1 since the new century. It is also the first time that the CPC Central Committee has systematically deployed water conservancy reforms and developments since the founding of New China 62 years ago. The document issued a series of new policies and new measures with strong pertinence, wide coverage and high gold content.

V. Safeguarding Housing Policy â€œImageâ€ Becomes Clear to Benefit from Construction Machinery Sector On the afternoon of March 6, the Fourth Session of the Eleventh National Peopleâ€™s Congress held a special press conference on â€œ12th Five-Year Plan Outlineâ€. Zhang Ping and deputy directors Zhu Zhixin and Xu Xianping, directors of the National Development and Reform Commission, answered questions from reporters. The meeting revealed that in the next five years, China will build 36 million sets of affordable housing, 10 million sets this year, 10 million sets next year, and 16 million sets in the next three years, so that the coverage rate of affordable housing will reach 20%. Recently, the Ministry of Housing and Urban-Rural Development of China stated that it is required that all types of affordable housing planned this year must be fully started before October 30th. Affected by this news, the construction machinery stocks have strengthened strongly. Analysts pointed out that from a whole point of view, the construction of affordable housing will ensure that the sales level of construction machinery will remain high in 2011. 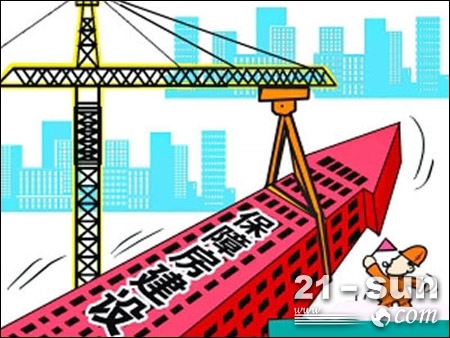 The event aims to promote the brand development and construction of construction cranes, improve product quality and after-sales service levels, provide services for users, provide information support for construction companies, construction machinery leasing companies, and promote the quality of construction lifting machinery products. Improve the quality of service. Companies wishing to obtain higher evaluations from users will continue to improve their product quality and service levels, and strive to give enterprises a new level in all aspects. The problems revealed in this investigation should be given due attention by relevant companies and they should be taken as soon as possible. The solutions, especially the national brands, must be strengthened and innovated in product research and development and enterprise management in order to gain the trust of customers.

VII. Reserve Ratio The sixth time during the year to increase the affected reserve ratio of construction machinery 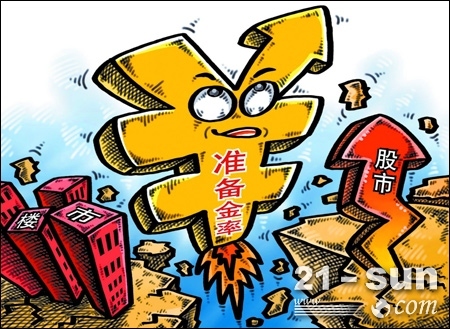 The high inflation rate is the main reason for raising the deposit reserve ratio. At the same time, the slowdown in the economy and the intensification of financing difficulties for some SMEs have led to disputes over policy overtones and whether there is a need to change. The central bank's once again raising the deposit reserve ratio is also a stifling of this controversy. It is expected that the amount of funds due in the open market will fall in the second half of the year, coupled with the pressure on liquidity of some banks, and the frequency of reserve fund adjustment will slow down significantly.

If the deposit reserve ratio is raised, the stock market will certainly adjust. According to past experience, if the deposit reserve ratio is increased, it will be more difficult to bypass the credit funds into the stock market. In particular, some funds that have been idle for a short time, as the monetary foundation tightens, will first ensure the production needs, and the investment in the stock market will slow down. Tightening the monetary base will have a greater impact on capital-intensive industries and SMEs with strong financing needs and higher financial leverage, such as real estate, construction machinery and building materials. Analysts believe that the central bank's intensive increase in the reserve ratio is intended to further strengthen current liquidity control, control bank credit and manage inflation expectations. The central bank raised the deposit reserve ratio, which has a certain negative effect on the sales of construction machinery. Credit for construction projects is limited. For example, most of the stone supply companies in the project use loaders, which directly affect the sales of construction machinery. 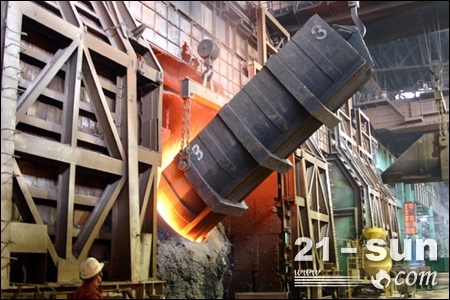 The preliminary draft of the "12th Five-Year Plan" for steel will be accelerated The first draft of the "12th Five-Year Plan" for the iron and steel industry has basically been finalized, and the steel industry will continue to promote joint reorganization. The ratio of the domestic top 10 steel companies' production capacity to the national production capacity will reach 60 %the above. Compared with the previously issued "Iron and Steel Industry Adjustment and Revitalization Plan", in the current draft of the "12th Five-Year Plan" for the steel industry, the main line that encourages mergers and reorganizations and optimizes industrial layout will continue, while phasing out backward production capacity and energy-saving emission reductions. The standard will increase.

IX. Energy Saving and Emission Reduction The special plan for energy-saving and environmental protection equipment will be issued during the â€œTwelfth Five-Year Planâ€ period. China will organize the implementation of the implementation program for sintering flue gas desulphurization in the steel industry to promote the emission reduction of sulfur dioxide in the non-electric sector; and organize an overall plan for the prevention and control of heavy metal pollution in the battery industry. Strengthen the prevention and consumption of heavy metals and toxic and hazardous substances; Strengthen the control of electronic information product pollution; Promote the voluntary certification of electronic and electrical products; Draft and formulate regulations for the control of pollution of electrical and electronic products; Focusing on such important mineral resources as energy, bulk shortage metals, and rare precious metals, we will promote comprehensive development and the comprehensive utilization of associated mineral resources.

Liu Ligang, director of economic research at ANZ Greater China, believes that due to the downside risks facing the macro economy, monetary policy still has room to continue to relax. Until the first half of next year, the Peopleâ€™s Bank of China still has 3 to 4 adjustments to the deposit reserve ratio. The space may be lowered once again during the year. HSBC economist Ma Xiaoping also believes that in the first half of next year, the deposit reserve ratio may also be lowered at least three times.

Superior Clamp are some of the toughest, safest clamps available. They are available in various types of material to suit nearly any type of hose attachment for various applications, are typically constructed from Stainless Steel,Carbon Steel-Zn Plated, 304 Stainless Steel and 316 Stainless Steel.